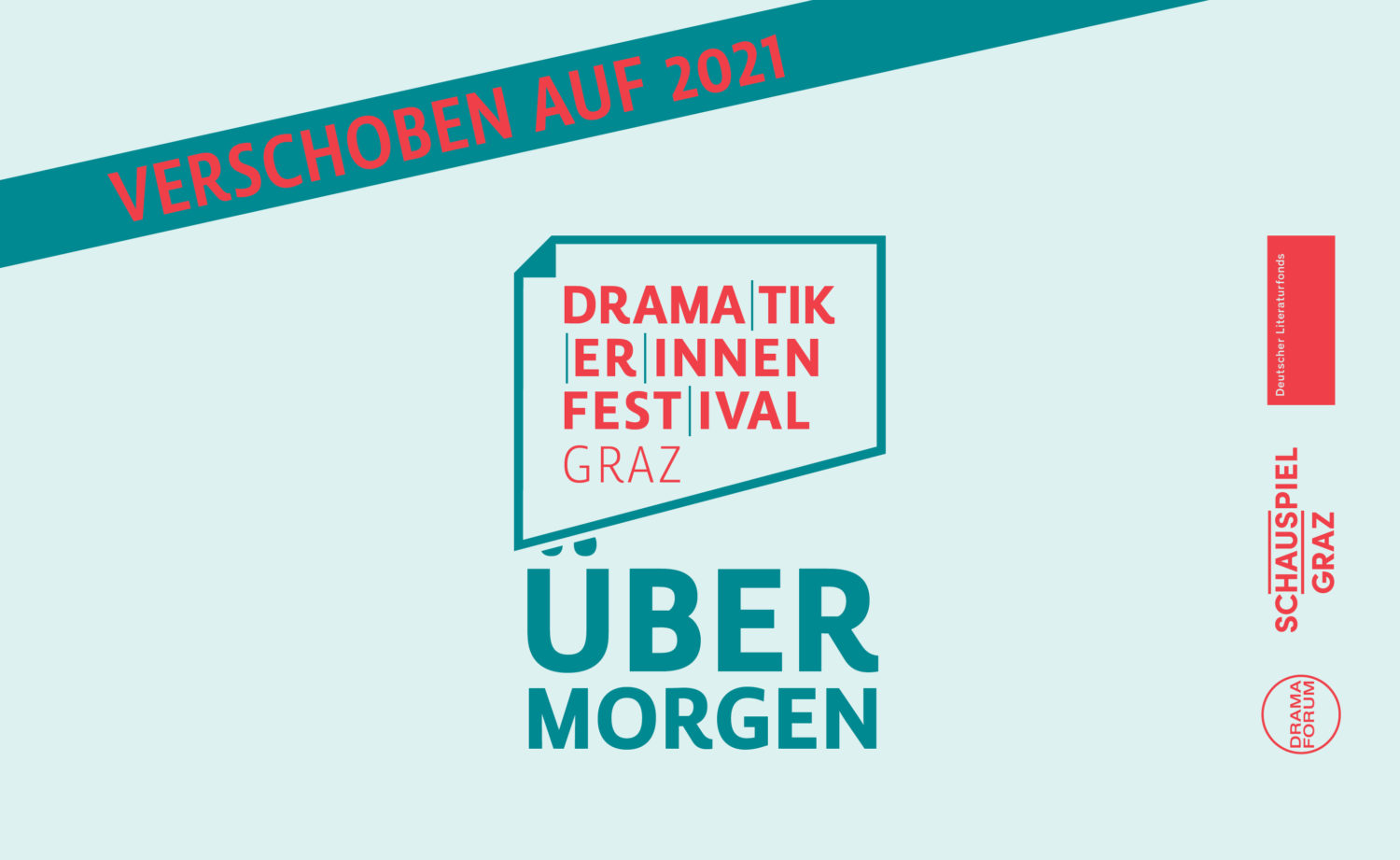 The 5 th edition of the international DRAMA|TIK|ER|INNEN|FEST|IVAL Graz – which should have taken place this June under the theme of “ÜBER MORGEN” – will be postponed to June 2021. We (the uniT DRAMA FORUM and Schauspielhaus Graz) have been preparing for months and we had very much looked forward to this week, so it is not easy for us to make this statement. Of course, all independent artists and groups have been hit particularly hard by cancellations in the cultural sector, and since the government’s declaration we have been in close contact with all those who, in fact, made up the festival with their plays, texts and ideas, trying to find feasible solutions together.

This 5th anniversary festival was to be a very special edition of the international DRAMA|TIK|ER|INNEN|FEST|IVAL. We were in the process of developing cooperation projects with many institutions in Graz but also from all over Europe: with projects within the framework of the Graz Kulturjahr 2020, the international theatre conference of the European Theatre Convention, a programme featuring Flemish and Dutch authors, the participation of the network “The Fence” as well as the “Young Europe”-festival, a theatre and discourse programme for young audiences, the finale of a cooperation project between nine European member theatres of the European Theatre Convention.

We wanted to create spaces for an exchange of ideas between domestic and international authors, artists, journalists, students from schools and universities, colleagues and the audience through the means of contemporary drama. Under the motto of “ÜBER MORGEN”, we were going to talk about potentially terrible, but also desirable versions of tomorrow and about what we might do to promote some developments and prevent others. But life happened faster and the world is changing at a rapid pace. Concerns about everyone’s health are at the focus of attention now, an important issue that is making great demands on us all. The question of how we want to design our future is becoming more urgent than ever: What will we learn from this crisis? Which attitudes will gain the upper hand? Will there be upheavals or continuity in existing systems? These are all questions and issues that lend themselves to artistic analysis. And we would like to already invite you today to the next festival in June 2021 and to the activities of DRAMA FORUM and Schauspielhaus Graz this summer and autumn. Because unlike us, texts don’t have to stay at home: They will find new ways of reaching their audience!

We are making plenty of plans: Over the coming weeks, we will create a visual framework for more encounters with the authors and their works. We will begin by displaying texts – including excerpts from the cancelled festival – on text-banners: Sentences written by authors will appear in windows, spilling from private spaces into the public sphere, messages for passers-by and friends. We will welcome and collect all responses – text generating text, input generating responses, conversations in and about language, taking place beyond the internet.

In order to continue giving a stage to contemporary drama, Schauspielhaus Graz has also launched the series #neuesdramazuhause. Around two dozen authors from various countries have been commissioned with mini-dramas that will be turned into short videos by actors from our theatre and presented on the website and social media channels (Facebook and Instagram) of Schauspielhaus Graz.

In cooperation with their long-standing partner Theaterland Steiermark, DRAMA FORUM will present theatre texts by 10 authors at various locations throughout Styria. Listening installations in empty shops, monologues in open fields, staged reading in gigantic halls… all of it completely analogue.

We are looking forward to seeing you again in June 2021 – until then, we wish you all the best of health and strength!